Take the quiz: How much do you know about problem gambling? 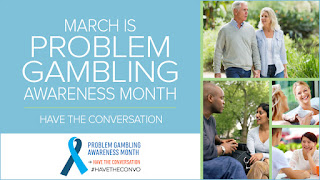 The National Council on Problem Gambling (NCPG) sponsors Problem Gambling Awareness Month each March to increase awareness of problem gambling and of the availability of prevention, treatment and recovery services.

According to the NCPG FAQ page, "Anyone who gambles can develop problems if they are not aware of the risks and do not gamble responsibly. When gambling behavior interferes with finances, relationships, and the workplace, a serious problem already exists. "


Think 508 compliance is just for other people to worry about?

It's important that people with disabilities have access to information and resources on the Web. That's where 508 enters the picture.  Yet, for many people, 508--what it is, and what rules must be followed--is a bit of a mystery.  In this blog post, I hope to clear up some of that mystery by defining 508 compliance and why it's important to you, your organization, and those you serve (clients, patients, colleagues, and staff).


Providing evidence-based, family-centered care to pregnant and postpartum women with substance use disorders is extremely complex. In addition to the pressing medical concerns associated with substance use during pregnancy, it also has far-reaching impacts on family members, necessitating providers to care for the whole family. Recognizing the need for training, technical assistance, and support for the behavioral health workforce serving this population, the ATTC Center of Excellence on Behavioral Health for Pregnant and Postpartum Women and Their Families (CoE-PPW) and the ATTC Network Coordinating Office partnered to develop the PPW Project ECHO. This ECHO is the first of its kind to address the behavioral health needs of pregnant and postpartum women, taking a family-centered approach to the recovery process that is inclusive of family members ranging from the infant to older children, fathers to extended family.

What do med students and prescribers need to know about opioid use disorders? 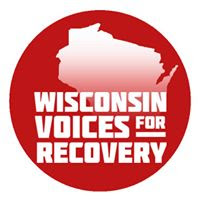 
Wisconsin Voices for Recovery partnered with the University of Wisconsin-Madison School of Medicine and Public Health on a Community Engagement Project to conduct a statewide survey of practicing physicians and medical students. The survey was a student-led effort and initiated because medical students felt that their current education on issues related to addiction, specifically the opioid epidemic, was inadequate. The findings highlight where Wisconsin needs to commit resources to improve the education of both students and prescribers, along with end stigma within the medical community.