The Treatment Challenge in Jail Settings: Detox and Withdrawal or Continuing Medication?

Opioid use disorder (OUD) is prevalent among people in the criminal justice system—estimates show that as many as 50–65 percent of people entering the system have an OUD or other substance use disorder (SUD). Yet, access to high-quality treatment that includes medications for opioid use disorder (MOUD) is limited, with fewer than one percent of jails and prisons providing access to medications. This lack of access leads to high recidivism rates and preventable overdose deaths. The risk of death within the first two weeks after release is 12 times higher for individuals with OUD due to fatal overdose, often related to loss of tolerance during incarceration.

A new National Institutes of Health and National Institute on Drug Abuse study conducted by the University of Wisconsin’s Center for Health Enhancement and Systems Studies (CHESS) and George Mason University’s Center for Advancing Correctional Excellence! are testing ways to expand use of medications such as buprenorphine, naltrexone, and methadone for OUD in criminal justice settings. The study, titled Justice Community Opioid Innovation Network (JCOIN), is exploring two evidence-based coaching interventions for disseminating MOUD in justice-involved populations: the NIATx model for process improvement and Extension for Community Healthcare Outcomes (ECHO).

As part of the NIATx intervention, sites are asked to identify a project “aim.” A recurring primary aim that jails have identified is establishing policies and procedures for continuing a prescribed buprenorphine regimen when a person enters the jail setting. Jails and prisons around the country face multiple barriers to use of MOUD for persons with SUD, forcing those individuals into detox rather than continuing care.

This is a topic of considerable debate within jails, justice systems, and state governments. Our study team feels that providing justice-involved individuals with continuing MOUD care is ethical medical practice. Like diabetes, heart disease, or cancer, SUD is a chronic condition caused by behavioral, psychological, biological, and environmental factors. When a person with diabetes enters jail, they receive insulin and continuity of care. But a person on a prescribed buprenorphine regime for their SUD often has no choice upon entering jail other than to suffer through detox and withdrawal.

Two chronic conditions. One receives continuity of care, but the other does not. Why is that?

Barriers to MOUD in jail settings

The view that addiction is a moral failing and not a medical condition is a top reason, combined with the view that public resources should not go to treating a moral failing. A second factor is the pervasive misconception of MOUD as “just replacing one drug with another.” A third significant barrier that keeps jails from providing buprenorphine is the risk of diversion: the person receiving buprenorphine will sell or give the medication to other incarcerated individuals. Yet jails that have administered buprenorphine either by strips or crushed pills have found ways to decrease diversion. Strategies include having the individual eat crackers and drink water or conduct post-dose “mouth checks.”

Lawsuits against jails: Addiction is a disability

The evidence for continuing buprenorphine in jail settings far outweighs the reasons for discontinuing care. The most substantial support comes from cases of justice-involved individuals suing jails on the grounds that addiction is a disability, and that being denied treatment is a violation of the Americans with Disabilities Act. The Act requires that public places or services be accessible to all, including those recovering from alcoholism and drug addiction. Justice-involved individuals have claimed that denying medication while incarcerated is discrimination based on their disability. Even though justice-involved individuals are winning their cases and states are starting to take note, many jails disagree with this position.

One last point to consider

Isn’t rehabilitation one of the main reasons for incarceration? By not allowing an individual who has taken the responsible steps to be on a prescribed buprenorphine regimen to continue care, the jail is not providing adequate healthcare or an environment conducive to rehabilitation.

What do you think?

Should jails be required to continue providing medication to those already on a prescribed buprenorphine regimen when entering the jail? 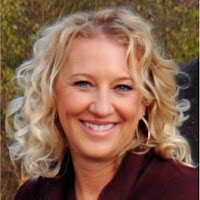 Jessica Vechinski is a member of Center for Health Enhancement System Studies (CHESS) at the University of Wisconsin. She serves as the Project Coordinator for a five-year study with the Justice Community Opioid Innovation Network (JCOIN), an initiative funded by NIDA/NIH. The study is testing the combination and dosages of two evidence-based strategies to implement or improve Medications for Opioid Use Disorder (MOUD) programming within justice settings around the country. You can reach Jessica at jvechinski@wisc.edu.