This year, NIATx celebrates a decade of bringing process improvement to the behavioral health field. From 39 substance abuse treatment providers in the original NIATx projects (Paths to Recovery I and II funded by the Robert Wood Johnson Foundation, and Strengthening Treatment Access and Retention, funded by SAMHSA’s Center for Substance Abuse Treatment), the NIATx community has grown to include nearly 3000 providers and systems of care representing substance abuse treatment and many other areas of behavioral health and social services.

"We never expected NIATx to grow so quickly,” says Dave Gustafson, Director of NIATx and the Center for Health Enhancement Systems Studies. “And we didn’t anticipate how well it would transfer to areas beyond substance abuse treatment,” he adds.

Organizations looking for a simple improvement model that gets teams engaged and delivers results quickly continue to turn to the NIATx model. The NIATx website offers many resources for self-directed study, and the popular NIATx Change Leader Academy is available regularly at locations throughout the country. Local groups like states, counties, and provider associations continue to work with us to create local NIATx learning collaboratives. These collaboratives help groups of providers learn the basics of process improvement and improve customer service within their organizations or across systems of care. 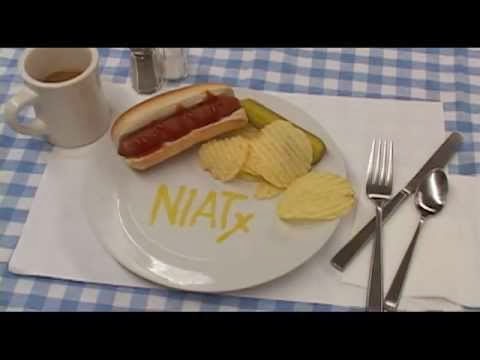 How much do you know about the NIATx model?  Watch "NIATx on a Napkin" to get an overview in less than 3 minutes.

Have you used the NIATx model in your organization? Tell us about your experience by posting a comment below!
No comments:

If we keep doing what we're doing...

The blogosphere has been full of reflections and opinions on the tragic death of actor Phillip Seymour Hoffman from an apparent heroin overdose. I am amazed at how much of the discussion is hateful. We still have a long way to go in addressing stigma and teaching people about addiction.

We were actually taken with one blogger’s commentary on his physician’s paying more attention to cholesterol levels than to maintaining recovery. If you’re in recovery and your doctor doesn’t ask about it, then you should find another doctor. Of course, being of the engineering ilk, we (at NIATx) don’t blame the doctors. We think about how the system is designed to produce this result. And at least for me, the ruminations on system design and how to improve it bring me back to the issue of integration.

While I don’t want to debate the fact that the origins of our separate system lie in stigma and the lack of a decent medical response to addiction, we are now 40 or 60 years into a system design that doesn’t work for most people. Doctors don’t treat addiction, at least in part, because we define treatment as counseling, which they are not qualified to do.

Ask your friends or family who are not involved in addiction treatment. What do they think treatment is? Any perceptions they have are likely to come from a TV show like Celebrity Rehab. In this image, treatment happens in a residential program where people sit around and talk a lot. Somehow, after they talk enough about how awful everything has been, they come out cured. I have this picture in my head of a big black box that people enter as a versions the Gollum--the Lord of the Rings character who is torn between his lust for the Ring and his desire to be free of it--and exit magically transformed into the good elf Legolas.  Um, right. Doctors definitely don’t do that. 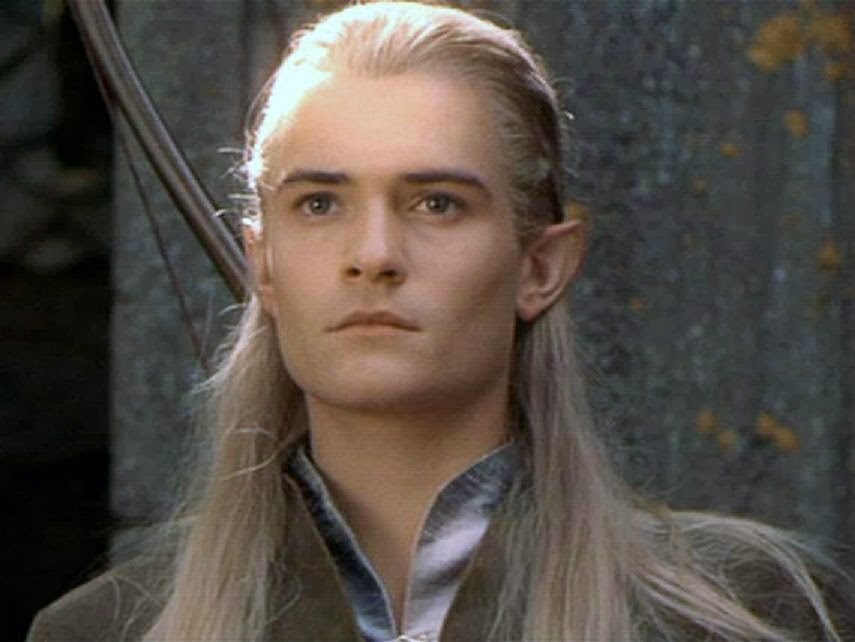 What do doctors do? They screen, diagnose, and treat with medications and procedures. They also monitor symptoms and change treatment recommendations based on a patient’s response to the treatment prescribed. Think about how that fits in a system that adequately treats addiction. In an integrated system, we treat the brain as an organ in the body, and the mind as a function of the organ called the brain. We treat diseases of the brain with the whole panoply of options available to us, which include medications as well as counseling, and we treat addiction as the chronic condition that it is. Treatment of chronic conditions starts with screening and early intervention. Once a person is diagnosed, treatment includes medications to address symptoms, counseling to help people learn to manage symptoms, and ongoing follow up to monitor symptoms. Physicians know this process. They don’t do counseling (other than advice giving, which is what they think of as providing council). They refer people to counseling as an ancillary service.

Since pre-service training in addiction is rare for physicians, they need other resources to support their ability to properly treat their patients with substance use disorders. Two SAMHSA-funded projects that provide free training and support in evidence-based practices to treat opioid addiction are the Providers’ Clinical Support System for Opioid Therapies (PCSS-O) and the Providers’ Clinical Support System for Medication-Assisted Treatment (PCSS-MAT).

PCSS-O has trained more than 15,000 people on safe and effective use of opioid medications since its launch in 2011. With online modules, live and archived webinars, links to the latest news on opioid prescribing, and a provider mentoring program, this initiative seeks to reach and educate a broad audience about safe opioid prescribing.

PCSS-MAT is a three-year grant that was awarded in September 2013. Adam Bisaga, MD, Columbia University, also with the American Academy of Addiction Psychiatry, serves as chair for the PCSS-MAT Mentoring Panel. Says Bisaga, "The goal of the PCSS-MAT training program is to enhance prescribers' and other health professionals’ knowledge, skills, and attitudes regarding the safe and effective use of medication-assisted treatment of opioid dependence by providing access to a wide range of web-based educational materials and individualized expert mentoring. This free training program is specifically designed for providers, primarily those in the primary care specialties, who may be new to working with this population."

These two training options may go along way toward changing office visits like the one described by the blogger mentioned earlier whose doctor monitors his cholesterol levels more carefully than his recovery. 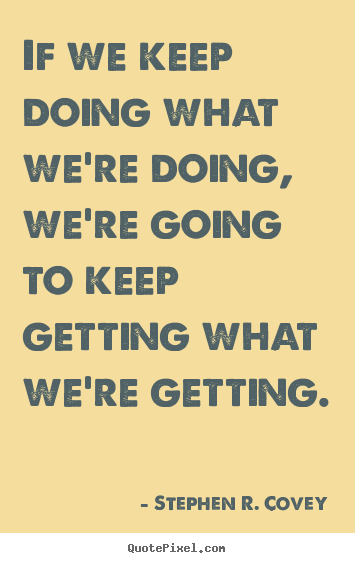 My personal experience with a primary care provider addressing substance use has been different: I have had three providers in the past 25 years, and all three have asked about my alcohol, tobacco, and drug use. I’m kind of a boring patient, so I don’t know how well they would respond had I exceeded any thresholds indicating that they should ask more questions. But they at least are doing the first step. I think the tide has turned and that screening, at a minimum, is becoming a norm. Tools like PCSS-MAT and PCSS-O can support physicians as they learn how to treat the people who they identify as needing treatment.

And those of us who have spent 40 years defining treatment as counseling need to embrace the fact that treatment is more than counseling. We also probably have to embrace the idea of a physician rather than a counselor leading a treatment team.  You can hear more views on this topic during The Bridge Video Talk Show, this Thursday, February 13, at 1pm EST (12noon CST, 11am MST, 10am PST.)

It is heartbreaking to see people, famous or not, die of a treatable disease. Let’s stop protecting our turf and redesign this system in a way that gets us different results. 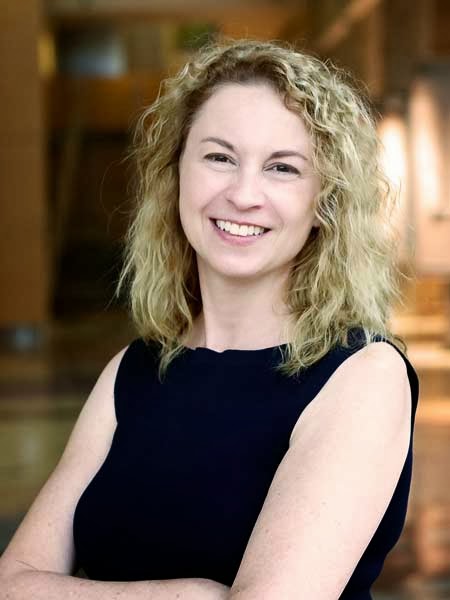 Kimberly Johnson served for seven years as the director of the Office of Substance Abuse in Maine. She has also served as an executive director for a treatment agency, managed intervention and prevention programs, and has worked as a child and family therapist. She joined NIATx in 2007 to lead the ACTION Campaign, a national initiative to increase access to and retention in treatment. She is currently involved in projects with the ATTC Network and NIATx that focus on increasing implementation of evidence-based practices, testing mobile health applications, and developing distance learning programs for behavioral health