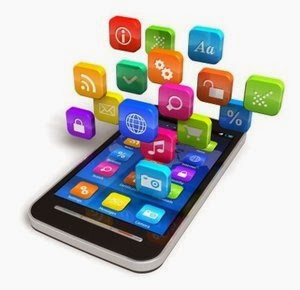 What apps do you use?  If you are like most people with smart phones, I bet you have at least one health app. Maybe, like me, you use myfitness pal or My Tracks or one of many other exercise apps that are available. Maybe you have a Fitbit that tracks your movement. I even have a SleepBot “smart alarm” that measures the quality of my sleep (and makes a recording of my snoring!). Maybe you have a chronic disease and you’re using an app that monitors your heart rate or other vital signs.

Unless they have an attachment that is considered a medical device, none of these apps have been demonstrated to be effective in a clinical trial. Do you care?  Is it important for your apps to have demonstrated efficacy?
As discussed in the recent article “How Can Research Keep Up With eHealth? Ten Strategies for Increasing the Timeliness and Usefulness of eHealth Research” (Baker, Gustafson, Shah, Journal of Medical Internet Research, February 2014), the timeline for federally funded research can be seven years or more. If we look back to 2007, I bet most of you were psyched if you had a BlackBerry. The first iPhone was released in June of 2007. Almost all of the published research on healthcare apps covers only pilot tests and conceptual designs. Why? Because if it takes seven years from concept to outcome, then we will just start seeing RCT results on health apps developed in 2007 this year.

In the five-year time frame of our clinical trial for A-CHESS (a smart phone app to support addiction recovery) we had to completely rewrite the code because the operating system we started with was obsolete within a year of the study launch. The application that the last study participants recruited received was quite different from the application that the first participants received—by necessity, not by design. And the results have just been published online in JAMA Psychiatry.

So perhaps it’s time we design a different kind of a study. When technology moves as fast as it does now, we need a different research model to keep up with it. As the article mentioned above suggests, there are ways of designing studies that can provide adequate evidence with small samples and shorter time frames. Changing the way we design studies would have a very big impact on the research world. Researchers live in five-year cycles of funding. If our studies only last a couple years, we are going to spend even more time chasing money, unless the funding process also changes. Hard to imagine that a shift that large could come to academia, but technology has driven so much transformation in so many industries and is on the verge of significantly changing the way healthcare is delivered. So why shouldn’t it upset the apple cart for researchers as well?

Kimberly Johnson served for seven years as the director of the Office of Substance Abuse in Maine. She has also served as an executive director for a treatment agency, managed intervention and prevention programs, and has worked as a child and family therapist. She joined NIATx in 2007 to lead the ACTION Campaign, a national initiative to increase access to and retention in treatment. She is currently involved in projects with the ATTC Network and NIATx that focus on increasing implementation of evidence-based practices, testing mobile health applications, and developing distance learning programs for behavioral health.