Bridge Video Talk Show Recap: Getting Physicians on Board with SBIRT

In the Spring 2014 issue of the The Bridge, the editorial board explores SBIRTas a way to promote the integration of substance use treatment into mainstream medical care. 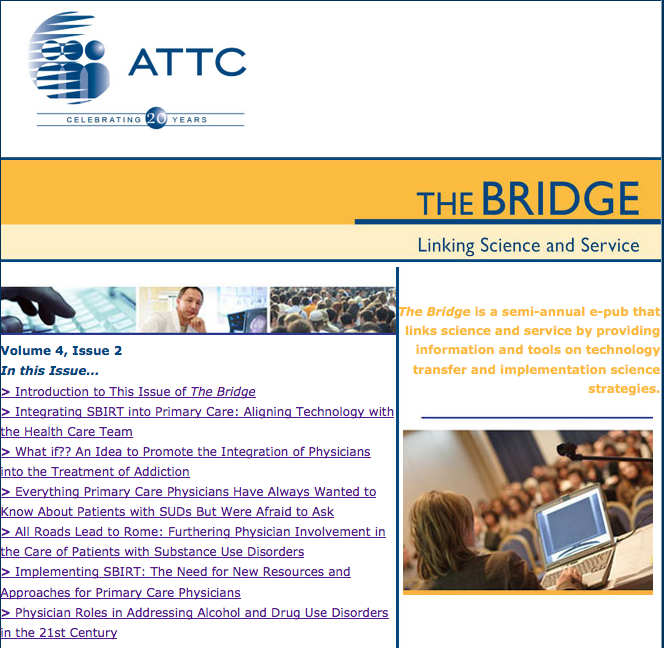 Articles in this issue reflect their responses to the question posed by editor Paul Roman: “What could each of us be doing to enhance the spread of physician involvement in SBIRT?”

I had the privilege of moderating a discussion of Bridge editorial board members Mike Boyle, Louise Haynes, and Paul Roman during the Bridge Video Talk Show on May 20. They talked more about their views on getting primary care physicians on board with SBIRT.

(The session will be available as a podcast—watch your email or the ATTC Network website for details.)

A few highlights from the show:

Lessons from EAP programs. Paul Roman talked about how executive leaders in business and industry were slow to adopt EAP programs until these programs were presented as a way to take a "problem" off a supervisors’ hands. The problem, of course, was an employee whose absenteeism or performance issues suggested the need for substance abuse treatment. Expanding EAP programs to include other problems that could be affecting attendance or performance also increased buy-in from executive leaders. EAP programs were successful when they solved a problem for employers. Would physicians embrace SBIRT more widely if they perceived it as solving a key problem? (Hmmm…do I hear a NIATx principle here?)

Financial considerations often drive adoption of new practices. Louise pointed out that The Medicare Hospital Readmissions Reduction Program (HRRP) established in the Affordable Care Act provides a financial incentive to hospitals to lower readmission rates. SBIRT in hospital settings has the potential to decrease expensive readmissions; maybe this would help to spread use of SBIRT.  Paul added that by getting people into treatment sooner, SBIRT offers physicians a way to reduce or prevent the expensive medical complications that so often accompany and are exacerbated by substance abuse.

What would Everett Rogers do? As we discussed dissemination strategies, Mike Boyle wondered why we haven't done a better job doing what research tells us works in terms of disseminating and adopting new practices.

Hello! I jumped up and grabbed my dog-eared copy of Roger’s Diffusion of Innovations text.

Here’s what we know and have known about innovation for years and years:
While I think SBIRT can offer all of these things, it isn’t necessarily portrayed that way.

Also, Mike and Paul both mentioned the idea of using a deliberate dissemination strategy that incorporates opinion leaders. Several audience members raised this issue. How many doctors do we have doing training and recommending that their colleagues do SBIRT?  Does it feel to physicians that people without knowledge of their daily practice are imposing an expectation on them? And isn’t that stuff part of what the nurse, not the doctor, does anyway? Why aren’t we selling nurses on the idea?

So…what do you think? If SBIRT is a key to integrated care, what do we need to do differently to have wider adoption?  For more information on SBIRT, visit the website of the National SBIRT ATTC -- there may be an SBIRT training coming up in your area soon. 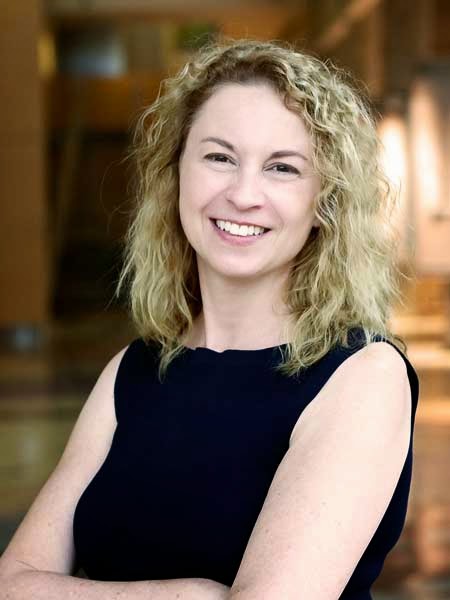 Kimberly Johnson served for seven years as the director of the Office of Substance Abuse in Maine. She has also served as an executive director for a treatment agency, managed intervention and prevention programs, and has worked as a child and family therapist. She joined NIATx in 2007 to lead the ACTION Campaign, a national initiative to increase access to and retention in treatment. She is currently involved in projects with the ATTC Network and NIATx that focus on increasing implementation of evidence-based practices, testing mobile health applications, and developing distance learning programs for behavioral health.