In April, the Association of Recovery in Higher Education (ARHE) hosted their 7th National Collegiate Recovery Conference  in Atlanta, Georgia.

With much gratitude I was able to attend the conference as a student in recovery, President of RooCovery, a newly formed Collegiate Recovery Community at the University of Missouri – Kansas City (UMKC), and a representative of the ATTC Network Coordinating Office.

The conference provided information regarding Collegiate Recovery Communities (CRC) and Programs (CRP) by inviting experts from all fields relevant to education, addiction, and recovery to offer their expertise and support. The workshop topics focused on building a CRC/CRP, collaboration, leadership, sustainability, and inclusion. (Click here to view the presentation slides.)


The results of the 2015 National Collegiate Recovery Program Profiles Study (Jeff A. Jones, Ph.D., Emily Eisenhart, M.S.S.C., Brianna Charles, B.S., & Nathan Walker, B.A.) were discussed in a workshop. A few key points:
These numbers prove that recovery works and community is needed on campuses across the states. There are also two  programs located in states that mandate running a CRC.  In my opinion, that is a huge step in the right direction.

As president of a newly organized CRC, my goal at this conference was to engage with as many members of CRCs around the U.S. to ask questions and raise concerns about my own university. My two main concerns are earning administration buy-in and support.
The positivity and encouragement I received from clinicians, counselors, directors and members of established CRCs/CRPs was incredibly inspiring. They encouraged me to never give up, to "build it and the people will come." The best advice given was that the CRC is not about me, but for that one person that the program might help.

Building a CRC at UMKC has been a dream of mine for a few years. In 2010 I was a transfer student to UMKC from a junior college and at the beginning of the end of my dependence on alcohol. In 2011 I dropped out following a summer study abroad program. In 2012, I found a twelve-step program and have been sober ever since. It was twice as hard to establish a group on campus without being a currently enrolled student, so I re-applied to UMKC. In the fall semester of 2015 I returned to complete my Bachelor’s in Spanish Language and Literature. In September, I received an email from our Counseling Center asking students if there was any interest in starting a CRC. I immediately and enthusiastically replied yes! In that moment I realized that I am exactly where I need to be. Also in the fall, I was able to connect with ATTC Network Coordinating office,  which has become a part-time student worker position. This semester RooCovery was approved and recognized as an official student organization at UMKC. We have weekly meeting(s) and are collaborating with other student organizations. We are working to gain visibility and support from our administrators and community.

For more information on CRPs/CRCs, check out http://www.collegiaterecovery.org.
where you may

Does your community have a Collegiate Recovery Program?  Tell us about it in the comments section below. 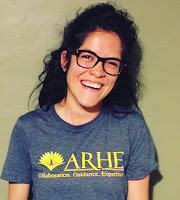 Gabrielle Rodriguez is a student at the University of Missouri-Kansas City and president of the newly formed Collegiate Recovery Program there, RooCovery.