Technology Transfer in the Era of Social Media: Bite-size Video Series on Addiction and Recovery 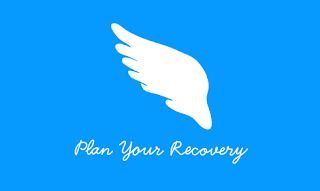 PlanYourRecovery.com was originally launched in 2011 as a platform for documentary testimonials about the effectiveness of methadone, buprenorphine, and extended-release naltrexone in the treatment of opioid dependence.

Lamenting the stigma against Medication-Assisted Treatment in Missouri, I had lured my high school friend and artist, Nick Niles, from his home in Zurich to join me in traveling around eastern Missouri, filming persons in recovery with their families. It was a shoe-string operation. We had each taken a week off from work and were interviewing and filming from morning to night. Today, two 15-minute videos are still available on our website and YouTube channel, one of a person recovering with buprenorphine maintenance and the other with methadone.


Four and a half years later, both of these men are stable in their recovery with the help of medication. So too is the woman we interviewed on extended-release naltrexone. If you were to randomly select three people in early recovery from opioid dependence and follow them for 4 1/2 years, you could hardly expect them all to be recovering well. This is not because we lack effective treatment methods for opioid dependence. It is because access to effective treatment remains the exception rather than the rule.

In 2011 (the last year for which the Treatment Episodes Data Set is currently available) only 23% of persons with opioid dependence who presented for treatment in the United States received medication. In Missouri, that number was less than 9%; in New Mexico, by comparision, it was more than 90%. Among those who did not receive medication in Missouri, more than 70% had already had been to treatment at least once and nearly 30% had been to treatment three or more times.

Although change is slow, the field of addiction treatment is advancing. When I formed a Medication Assisted Treatment Quality Improvement Committee for our region in 2012, it was well attended by treatment agency directors and state officials. Agencies were still skeptical of maintenance therapy, but they were beginning to engage in conversation about it. Today, I am hopeful that practices and protocols are beginning to change. Part of that change is driven by federal funding initiatives and part by increased public awareness that traditional treatment approaches will not stem the opioid epidemic that claims tens of thousands of American lives each year.

In the past 4 1/2 years, Nick and I have been learning more about the power of media. While our original intent was to reduce stigma through personal stories, we realize that memes affect culture the way that genes affect species. This past month, we launched a new series of animated clips that are less than three minutes each in length. In just a few weeks, they have received exponentially more views than our documentary videos received in nearly five years. Each animated clip treats a different aspect of addiction or recovery and attempts to make the science of addiction and recovery both accessible and consumable.

The first video is an illustration of how cravings cause loss of control in persons with addiction.

The second provides a rationale for Medication Assisted Treatment and challenges the notion that persons must reach "rock bottom" before receiving effective treatment.

The third video in our series will be released in a matter of weeks. It will treat the impact of addiction on families and suggest steps that people can take to support loved ones suffering from addiction.

All of our videos are freely accessible and can be easily embeded without special permission. We encourage treatment agencies, governmental bodies, and educators to use them in any web-based platform, including websites, blogs, and online courses. They can be embedded separately or as a playlist that will automatically include each new video published. Embed code is available to copy and paste by clicking the "share" button below each YouTube video or playlist and then clicking "Embed." Embed code can be dropped into any page of html coding to make that video streamable within a web page.


Addiction treatment is undergoing a paradigm shift. Moralistic conceptions of the illness are being replaced by scientific understanding. Treatment approaches based on well-intentioned beliefs are being replaced by approaches with demonstrated effectiveness. We have a long way to go, but the end result will be a standard of care that is more consistent, compassionate, and effective.

How you can support PlanYourRecovery.com

Nick and I hope that PlanYourRecovery.com and our new video series will contribute to these positive and life-saving changes. If you would like to support our work, you can pledge a few cents or a few dollars for each video we create through Patreon, an innovative crowdfunding site for content creators. Pledges only apply to future videos and can be terminated at any time. Our hope is to release a video every 1-2 months.

You can also support our video project by translating the English captions into non-English subtitles, making the videos accessible to non-English speakers worldwide. To contribute to that effort, visit our Amara page, create a login, and start translating. Amara.org is a community of volunteer translators committed to making online content accessible across languages and cultures.

We are grateful to the leadership at ATTC/NIATx for making our videos available via the Service Improvement Blog. We invite your comments, questions, suggestions, and ideas for future content.

Ned Presnall is Executive Director of Clayton Behavioral and Adjunct Professor at Washington University in St. Louis. He presents widely on the topics of addiction, mental health, and Medication Assisted Treatment. Ned is passionate about reducing the stigma against persons with addiction and against Medication Assisted Treatment though discourse and public engagement.

Nick Niles is a filmmaker, musician and award-winning graphic designer living and working in Zürich, Switzerland. He studied in the Design & Technology masters program at Parsons School of Design in New York City, and received an MFA in Film Directing from Columbia University. During the day, he designs interactive educational applications for atfront. He’s passionate about helping people tell their stories.