How do you spell EKG?

The story behind the NIATx walk-through

If you've done a NIATx change project, chances are it started with a walk-through.

It's is one of the essential tools that change teams use to experience their organization’s services exactly as a customer would. NIATx Director Dave Gustafson says that his experiences taking on the role of a customer in other systems improvement projects are what inspired him to include the walk-through in the NIATx Process Improvement Toolbox:

“I was working with a hospital to find out ways to improve its cardiac surgery program. So, I took on the role of a patient and checked in to the department. The first thing I was told to do was to go and get an EKG. The person behind the desk told me to just follow the signs. When I got to the EKG department, I asked the staff person there what could be done to make her job easier in terms of helping patients through the process. She said, “Change the signs that people are supposed to follow to get here.”


Gustafson asked her to explain, because he hadn’t had any trouble getting to the EKG department.

"She asked me to look again, and that's when I noticed that none of the signs said ‘EKG.’ They all said ‘Electrocardiogram.’”

Gustafson also used the walk-through to get a better understanding of the substance use disorder treatment field as he and the research team were preparing to launch the first NIATx project back in 2002.

“I didn’t know anything about addiction treatment when I came into the field, so I got myself admitted for heroin addiction. I figured it was the only way that I could get a feeling for what the field was like, and so with the help of two treatment agencies in Madison and New York City, I created a fake persona. I let everybody know ahead of time I was coming in. The persona I created was one of being a heroin addict for 30 years. Finally, my wife had gotten rid of me, I had lost my job, and I desperately needed help. I went through the admission process, and I lay in the detox facility for several hours to feel what that would be like, and so on.

Many rich experiences came out of that, but one of them was that after two and a half hours of interviewing me and collecting information they said, “You do need to be admitted into residential treatment. But we do not have a bed now. I tell you what. Call back once a week and let us know if you are still interested.” My reaction was that if I really were a heroin addict, I don’t think I would been motivated to call back once a week until a bed was ready for me.” 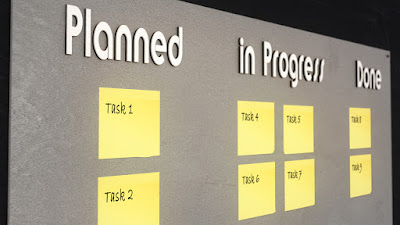 It turns out that the walk-through wasn’t a new concept in process improvement, Gustafson says—Toyota had been using it as part of kaizen, its approach to continuous improvement. Union Pacific Railroad had also used the concept in designating a Vice President of Tracks, whose job was to ride all 52K miles of track in the U.S. and live the life of a train.

“We thought that the walk-through was so effective that we made part of the grant application process for our first NIATx project,” explains Gustafson. “Then using the knowledge gained through the walk-through, each organization had to carry out a rapid-cycle change project that addressed one problem uncovered in the walk-through.”

From its beginning with a few dozen treatment centers, NIATx has grown into a network of providers and payers in multiple fields including substance use disorder treatment and recovery services, mental health, public health, criminal justice, and child welfare. The walk-through continues to yield valuable information to both novice and expert NIATx change teams.

Is it time for another walk-through in your organization? Visit the NIATx webpage for information and examples.