Changing the world's relationship with alcohol through mobile technology


My parents have been dealing drugs their whole lives. 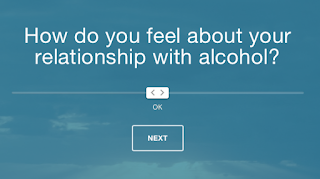 As general practitioners, they spend their days listening carefully to the patient's ailment and deciding which drug will be most likely to help them achieve their medical aims. You're depressed? Try these antidepressants. High cholesterol? Take a statin. Diabetic? Here is a syringe full of insulin. And through this ongoing dance between diagnosis and dose they are able to adjust a person's biology to help them live better, longer, and happier (most of the time).

I was never smart enough to get into medicine (thankfully) but I did manage to find myself picking up the family business of dealing drugs from a young age. From the age of 15 right through to 22, I made a career out of prescribing copious doses of the drug that billions of people consume but rarely consider its diagnosis: alcohol. It all started with selling bootlegged alcohol to other awkward high school boys at my boarding school. I made a tidy little profit selling it for all sorts of teenage boarding school ailments. Nervous about talking to girls at a party? "This here is called Dutch Courage." Want to do something you would never do sober? "Take four swigs of this." Can't dance? "Shots!"

In my eyes, there weren't many social diagnoses that weren't solved with another dose of alcohol.

As I got older (20) I graduated from my bootlegging ways into becoming a nightclub promoter at a notorious student drinking venue on the Sunshine Coast in Australia— a prescription pad for binge drinking. I sold more Vodka Redbulls to anxious university students than Apple sells iPhones.

Why? The simple reason is we don't like to see alcohol as a drug. We have taken ethanol and wrapped it in so much sugar, sport, culture and marketing that we no longer call it what it is: a drug.

And, yet, this is why we use it. I know first-hand because the whole time I was selling it, I was also self-medicating. One for me, one for you. A practice that would get you de-registered as a GP got me praise in my profession.

Alcohol has always been this wonder drug for me. It both stimulates and disinhibits my brain AT THE SAME TIME. The only downside is that once you start drinking, to keep feeling the stimulant effects you have to keep drinking. For me, drinking is the fastest way towards a liberated, less thoughtful, more fun, more open version of myself.

So in order to understand what I was relying on it for, I did a little experiment.

My thinking was that if I completely removed alcohol for that time I would see exactly what I was missing out on. I thought the best thing about it would be that I would at least get my Sunday mornings back, which I duly spent writing about the experience to publish on a blog. You can still read every single one of those posts online – a fact I am reminded of every now and then on second dates.

Little did I know that tens of thousands of people would want to repeat this experiment. Today, nearly 110,000 people have signed up to Hello Sunday Morning and followed in those footsteps, taking a break from alcohol (or just cutting back for a bit) to reflect on what the right dose is for them. I guess other people are curious about their relationship with alcohol as well.

So what have I learned over the past seven years? If you want to change the way a person drinks, I think it is less about how we drink and more about why; less about the dose than it is about the diagnosis.

For some reason, the notion that alcohol is a drug irks people. But divorcing that acknowledgement from reality is why the blind spots in our culture begin to emerge.

Why is this a problem? Because when we don't talk about what we are using the drugs for, and pretend it is simply "culture," we ignore the psychological and social drivers that are behind the decisions we make each day to self-medicate.

Hello Sunday Morning has been focused on this challenge: building a positive brand that is accessible for everyday people to cut back through a self-directed process and online community. From a behaviour change perspective, the Hello Sunday Morning online 12-week program has been ticking along nicely, but about 24 months ago we realised that it works really well for about 50% of people. As for the other half: often they start well but then don’t get the tools and support they need to change, because our one-size-fits all program doesn’t work for everyone. Taking a break from drinking works for some people, but for others. Once they slip up, they can often bounce out of the program.

A number of research studies have evaluated the effectiveness of HelloSundayMorning.


Second, not everyone is best placed to offer advice to people as they are going through this process. Interestingly, we found in our data that each comment given on a person’s post correlated to a 1% reduction in the Alcohol Use Disorders Identification Test (AUDIT) score of the commenter, but for each comment received there was a 0.8% increase in AUDIT score. For a long time we were perplexed by this. What we have come to realise is that if you group people who want to quit with people who want to moderate, you are going to get people giving the wrong advice for the right reasons.

Third, when it comes to changing the way you use drugs, people need advice in the moment they are making a choice, not at a psychologist appointment in two weeks. Motivation matters. Especially in the first two weeks,we need to have coaches available within 5-15minutes for practical advice and support when it is most needed.

With these three challenges in mind, 24 months ago we set out to work with addiction specialists to build the foundations of an evidence-based program that also took into account these data insights from Hello Sunday Morning.

The culmination of this work is a new product called Daybreak: a
customisable treatment program with matched therapeutic community and brief clinical support. You can download Daybreak in either the Apple App Store or Google Play and check it out for yourself.

With Daybreak we took the best behaviour change science available and are now purely relying on data to test and improve the user experience, adherence, and efficacy on a fortnightly basis. Last month, we were lucky enough to secure a partnership with arguably the best data company in the world: Google. In 2017 we have a 12-month $750,000 partnership with Google to build machine-learning algorithms within our app to supercharge the data-driven approach that we are taking to treatment. In just three months since the launch of Daybreak, we have over 6,000 users and already we are learning some of the key success factors for adherence to one course of treatment or another.

Over the next three years, our project will support 300,000 high-risk drinkers to change their relationship with alcohol and take control of their drinking. Along the way we are spawning a novel approach to alcohol misuse treatment, one that harnesses technology and data to address addiction.

When it comes to most pharmaceutical drugs there is a great movement towards “precision medicine”  –  using aggregated data to prescribe the right drugs for the right person at the right dose. We believe that this philosophy should be applied to treatment as well – “precision therapy.” We believe that the same data-driven approach to treatment can ensure that people get a better experience and more opportunity to change the patterns of drinking they are looking to change, faster and more effectively. Our vision is that Daybreak will be there in a person’s life from their first drink to their last – not just when it is a problem or after the fact. Helping people change their relationship with alcohol from wherever it is now, to wherever they want to take it.

Without judgement. Without stigma. Just great data-driven advice and tools. 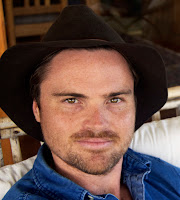 Chris Raine is the Founder and CEO of Hello Sunday Morning (HSM): an organization that helps people to change their relationship with alcohol. Hello Sunday Morning was started after one particularly bad hangover when Chris was 22 years old when he decided to take a year off alcohol and share his journey online through a blog. Six years later, thanks to the support of corporate foundations as as governments across Australia and New Zealand, the Hello Sunday Morning community now sits at over 120,000 people through a number of mobile-accessible products aimed at supporting individuals with the clinical tools and support to change their relationship with alcohol from wherever it is to wherever they want it to be.  The many awards and recognitions that Chris has received include an Oxford MBA Skoll Scholarship (2013/14), Queensland Brain and Neuroscience Institute – Board member (2013)
Queensland Young Australian of the Year (2012), Young Australian of the Year, Finalist (2012)
Young Social Pioneer Program, Executive Chairperson and Program Ambassador (2012).