If you scan the headlines in newspapers from across the country, you’ll see a few common words: opioids, heroin, Naloxone, prescription pain medications, drugs, overdose, HIV.  You may recall the 2015 HIV outbreak in Indiana that was fueled by injection drug use, mainly of oxymorphone (Opana), oxycodone, and methadone—all opioids.


The statistics are grim. According to the Centers for Disease Control and Prevention, Vital Signs: Opioid Painkiller Prescribing:
In response to the opioid  epidemic, the ATTC Network has launched Taking Action to Address Opioid Misuse, a website that brings together the opioid training and information resources of the entire ATTC Network. It’s one page where you can find:
We'll be updating the page regularly to bring you the latest information and tools to help you take action to address the opioid epidemic.

Just what are opioids?

You may hear the word "opioid" all the time, but have you ever stopped to think about what an opioid actually is? According to Merriam-Webster.com, an opioid is


"any of a group of endogenous neural polypeptides (as an endorphin or enkephalin) that bind especially to opiate receptors and mimic some of the pharmacological properties of opiates..."

Or: "a synthetic drug possessing narcotic properties similar to opiates but not derived from opium..."

An opiate (morphine, codeine, heroin, opium) comes from the poppy plant. An opioid (methadone, percocet, hydrocodone) is produced artificially to work the same way as an opiate.


The National Instittute on Drug Abuse says that half of young people who inject heroin begin with prescription pain medication in pill form. Why the switch to heroin?  Because it's cheaper and easier to obtain tha prescription opioids.

These days, the term opioid is used to refer to natural and synthetic forms fo the drug.

Codeine, fentanyl, heroin, oxycodone, morphine, and methadone are some of the types of opioids, and they can be taken in a variety of ways:  Orally in pill or liquid form, intravenously in liquid form, or nasally, by snorting crushed pills.

How long has this been going on?

In my research for this blogpost I found a  timeline  that shows just how long people have been using opioids for medicinal and other purposes. A few highlights:

3400 BC: Earliest reference to opium growth and use. Opium poppy cultivated in lower Mesopotamia.

1973: Nixon declares the War on Drugs.
America leads the world in the number of heroin addicts.

Facing Addiction in America: The Surgeon General’s Report on Alcohol Drugs and Health 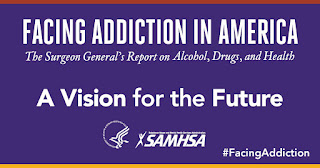 Last month, the Department of Health and Human Services issued the first-ever Surgeon General’s Report on Alcohol, Drugs and Health. It cites the following statistics:
These are major public health challenges that affect, families, neighborhoods, and communities.

The Report’s Vision for the Future says:

“Evidence-based behavioral and medication-assisted treatments (MAT) applied using a chronic-illness-management approach have been shown to facilitate recovery from substance use disorders, prevent relapse, and improve other outcomes, such as reducing criminal behavior and the spread of infectious diseases”

We can make a difference by using evidenced-based practices that the ATTC Network promotes to treat substance use-related issues. Learn more by visiting Taking Action to Address Opioid Misuse today!

What ATTC Network or other resources have you used to learn more about effective practices for addressing the opioid epidemic? Let us know in the comment section below. 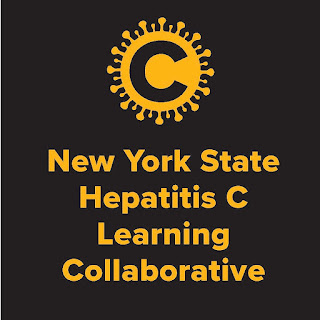