On August 28, 2017, the National Council for Behavioral Health, Advocates for Human Potential (AHP) and the ATTC Network are partnering to host the  2017 National Cannabis Summit in Denver: An objective national forum for changing public policy, public health, treatment and research. In today's blog post, plenary speaker Dr. Susan Weiss of the National Institute on Drug Abuse calls for science to lead our thinking about the complex subject of marijuana policy and public health. 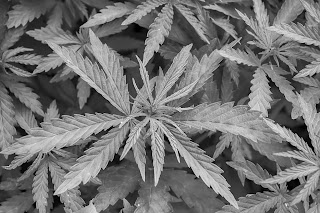 Laws around marijuana in many parts of the United States as well as around the world are rapidly changing. This is partly due to shifting attitudes: The public is becoming more supportive of policies that decriminalize or legalize marijuana, because prohibition has not prevented access to the drug and is seen as disproportionately harming minority lives and communities. Eight states plus the District of Columbia (DC) have now legalized recreational marijuana use for adults. There is also a widespread belief that marijuana may have therapeutic benefits, leading 29 states plus DC to legalize the medicinal use of marijuana. (Sixteen additional states have legalized a non-psychoactive component of the marijuana plant, cannabidiol).


In this rapidly changing environment, discussions around marijuana tend to be highly polarized, leading to simplistic black-and-white thinking, as well as attempts by those on both the “pro” and “anti” legalization sides to shoehorn this complex drug into the molds of other substances like tobacco and alcohol. The fact is, marijuana affects an entirely different signaling system in the body and brain from any other class of drug; and that system, the endocannabinoid system, is involved in a remarkably wide range of functions. Thus marijuana’s effects are largely not comparable to other drugs, nor are its health risks or potential benefits like those of other drugs. The more educated we are as a society around marijuana and its complexities, the less we will be tempted to draw unhelpful and misleading comparisons.

Although more research is needed and evidence is not yet definitive in most cases, marijuana is associated with specific harms:
Whether or not these particular risks may be balanced or outweighed by broader societal benefits of changing policies, they are often minimized or denied by legalization advocates who often focus on the fact that users do not actually die from a marijuana overdose. That point, though true, distracts from the known health and safety harms.

At this point, very little research has been conducted on the efficacy of the marijuana plant for treatment of most medical conditions, and therefore minimal or no scientific evidence supports its safety or effectiveness. This is, in part, because of the difficulties of conducting research on Schedule 1 substances. There is however evidence that marijuana’s component cannabinoids may have some benefits in treating pain, as well as spasticity in multiple sclerosis, nausea, and wasting. The involvement of the endocannabinoid system in pain signaling makes marijuana’s ability to interact with that system a potentially important factor in today’s public health landscape dominated by a devastating opioid crisis. A handful of studies have recently found that states permitting the use of marijuana for medical purposes (specifically allowing dispensaries, in one study) have reductions in opioid prescribing as well as less steeply increasing overdose rates, forcing consideration of the broader public health context and unexpected implications of marijuana policy shifts.


Science, not emotion, needs to guide our thinking as society implements new policies related to marijuana, and we cannot pretend that it is like any other substance.

Because of the high variability of marijuana products, the marijuana plant and its crude extracts are unlikely to be approved by the FDA, even if the therapeutic efficacy of individual cannabinoid compounds is supported by further substantive research and clinical trials. But policy decisions about marijuana for recreational or medical use still need to be considered in the context of other substances. If future research shows marijuana availability leads people to use fewer opioids, or less of other legal substances with well-established health and safety harms (e.g., alcohol, nicotine), which as of now has not been demonstrated, then that will need to be added to the policy equation.

Even though marijuana is fundamentally different from tobacco and alcohol, states crafting and implementing new legislation around marijuana should learn from past experience regulating those substances, and not allow policy decisions to be driven by short-term economic interests. Taking a public-health focus requires taking a long view, and proceeding cautiously with iterative course corrections based on objective outcomes data. Fortunately, as revealed in a recent RAND report prepared for the state of Vermont, a wide range of regulatory options is available to states that have legalized or are considering legalizing marijuana.

Science, not emotion, needs to guide our thinking as society implements new policies related to marijuana, and we cannot pretend that it is like any other substance. While it is difficult to develop policies that take into account these complexities and gray areas, the science of marijuana thus far does not allow us either to paint it black or to imagine that it will ride in on a white horse and cure the world’s ills. Marijuana is unique and complex, and its complexities call upon us to think in new ways about drugs, policy, and public health.

Find out more about the science, policy and best practices related to marijuana use: attend the 2017 National Cannabis Summit, Denver, August 28-30, 2017.

Dr. Susan Weiss will be a featured speaker at the 2017 National Cannabis Summit. Dr. Weiss is the Director, Division of Extramural Research at the National Institute on Drug Abuse (NIDA), which oversees extramural programs, research training activities, operations planning and trans-NIH initiatives, such as the Adolescent Brain Cognitive Development Study.

Dr. Weiss also serves as a senior science advisor to the NIDA Director and as scientific liaison to other federal agencies. During her 13 years at NIDA, Dr. Weiss has served as Chief of the Science Policy Branch and Acting Director of the Office of Science Policy and Communications. Before joining NIDA, Dr. Weiss was Senior Director of Research at the National Mental Health Association (now Mental Health America) and previously directed a translational research program that studied the evolving nature of psychiatric and neurologic illnesses in the Biological Psychiatry Branch of the National Institute of Mental Health. Dr. Weiss has received multiple awards, including NIH Plain Language Awards, NIH and NIDA Director’s Awards and an Emmy for her contributions to HBO’s Addiction Project. Dr. Weiss has published more than 150 scientific articles and book chapters. She graduated from the State University of New York at Stony Brook and received her doctorate in psychology from the University of Maryland.

Eric Wargo, Ph.D., currently serves as a Science Writer in the Science Policy Branch (SPB) of NIDA’s Office of Science Policy and Communications. Before coming to NIH in 2012, he was Editorial Director at the Association for Psychological Science in Washington, DC. There he managed two top-ranked journals: Current Directions in Psychological Science and Psychological Science in the Public Interest. In SPB, Dr. Wargo writes and edits a variety of materials for a range of audiences, including fact sheets, blog posts, and other web materials; treatment guides for clinicians; and responses to congressional inquiries and other special projects. He received a Ph.D. in Anthropology from Emory University in 2000.